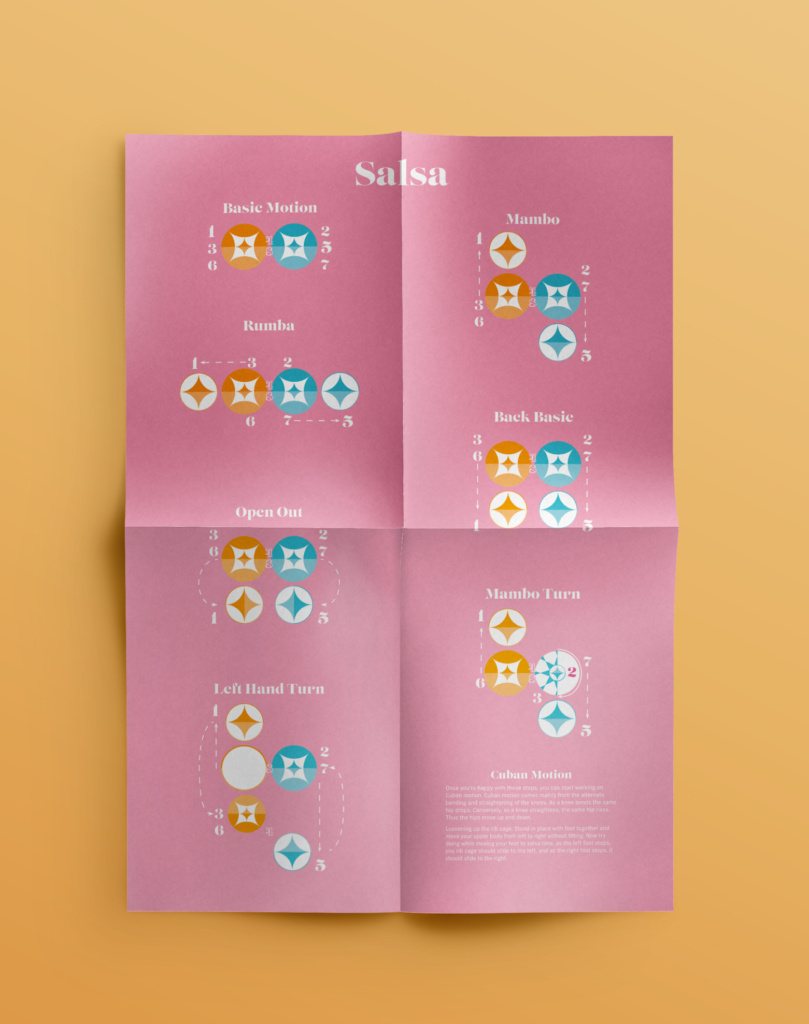 Hi, my names Rhi and I’m a graphic communicator with a love for print. I have a special passion for traditional printing methods & enjoy working both by hand and digital.

I  believe that good design relies on empathy. In order to create something that speaks to someone, you need to be able to put yourself in their shoes. This year I have used design to raise up the voices of minority groups and I plan to continue using design for good.

Dancing has always been a passion of mine. So, for my final major project, I wanted to share this passion and get more people dancing.

Cuban motion is a lesson in Latin dancing. It teaches the steps and technique for both Salsa and Bachata through a visual system developed from dance notation. This system uses patterns taken from Cuban tiles to guide viewers from step to step. Its aim is to spark a passion for dance in an easily attainable way. Anyone can dance, and this project will show that. 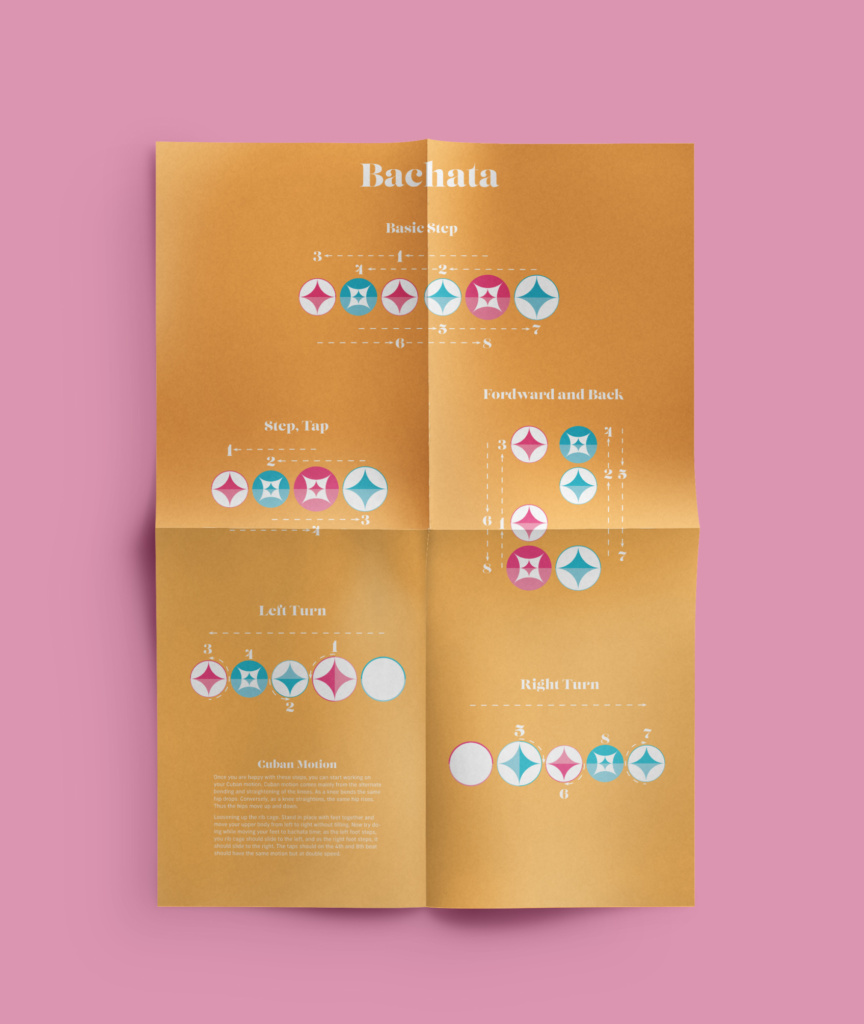 The target audience for this project is extremely wide. It had to be non-age specific since a hugely varied age group participates in Latin dancing, from as young as 5 and as old as 90. This project should also appeal to people of varying capabilities. Everyone can benefit from knowing the basics better, whether a beginner or seasoned pro 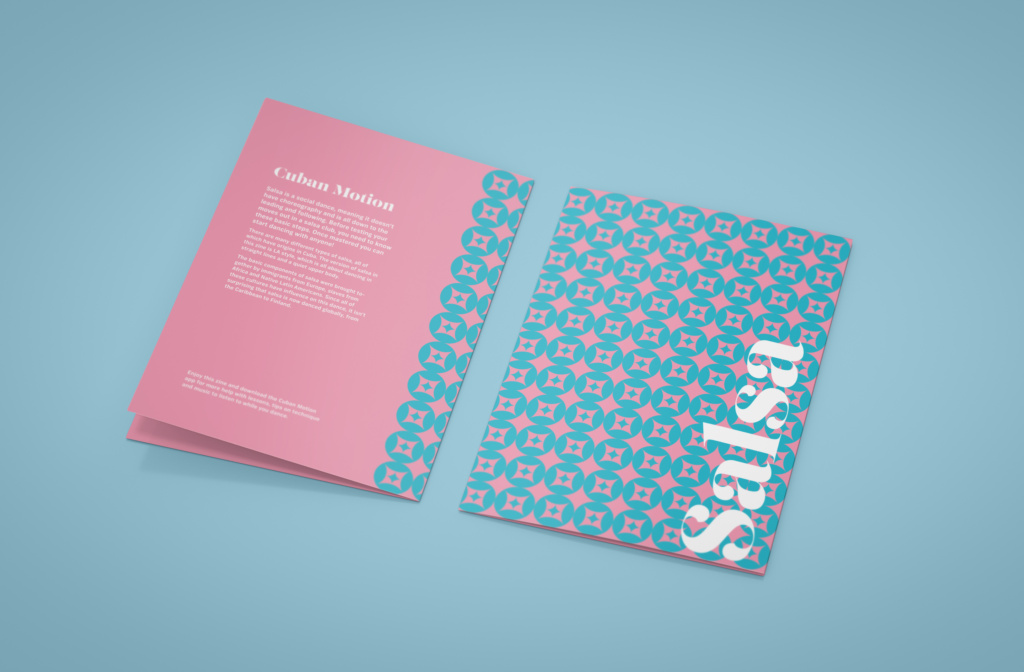 Cuban Motion teaches the steps and
technique for both Salsa and Bachata
through a visual system developed
from dance notation. 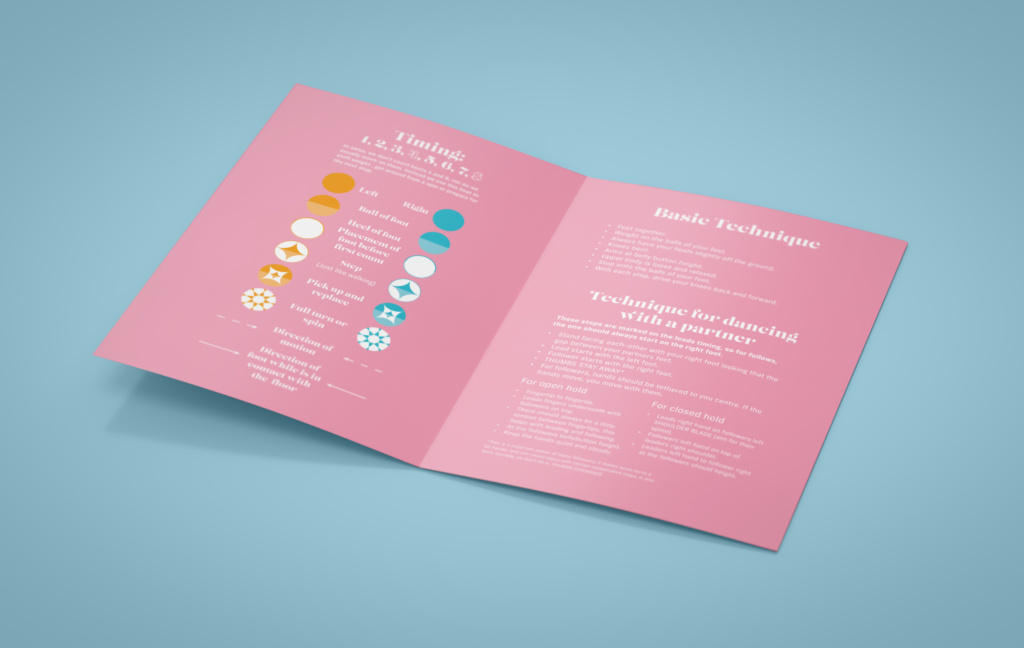 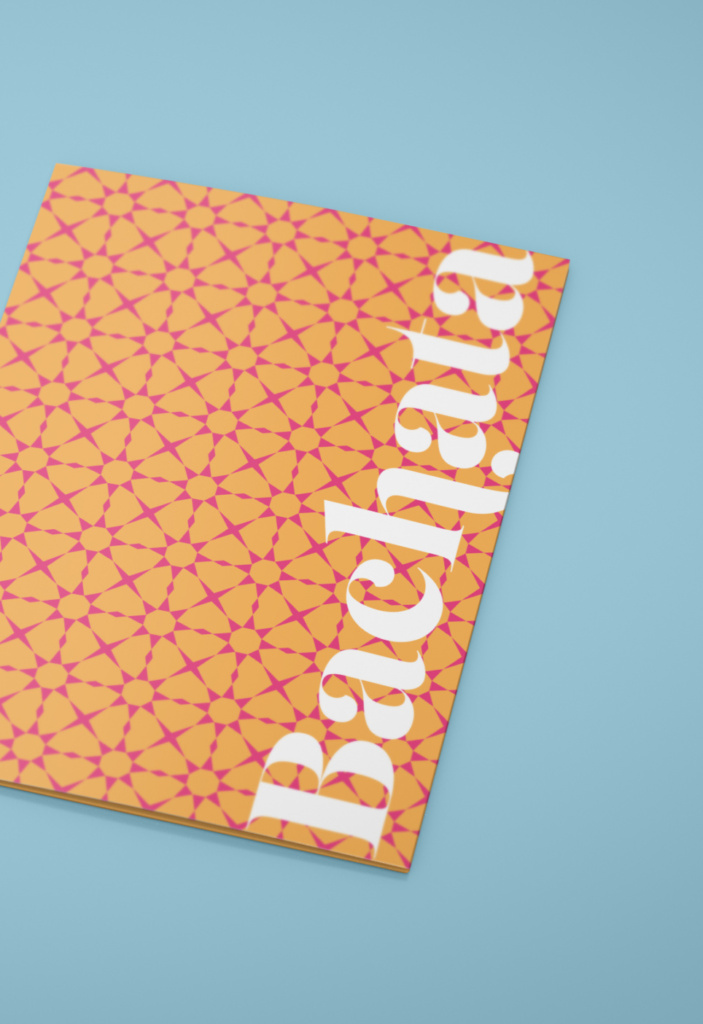 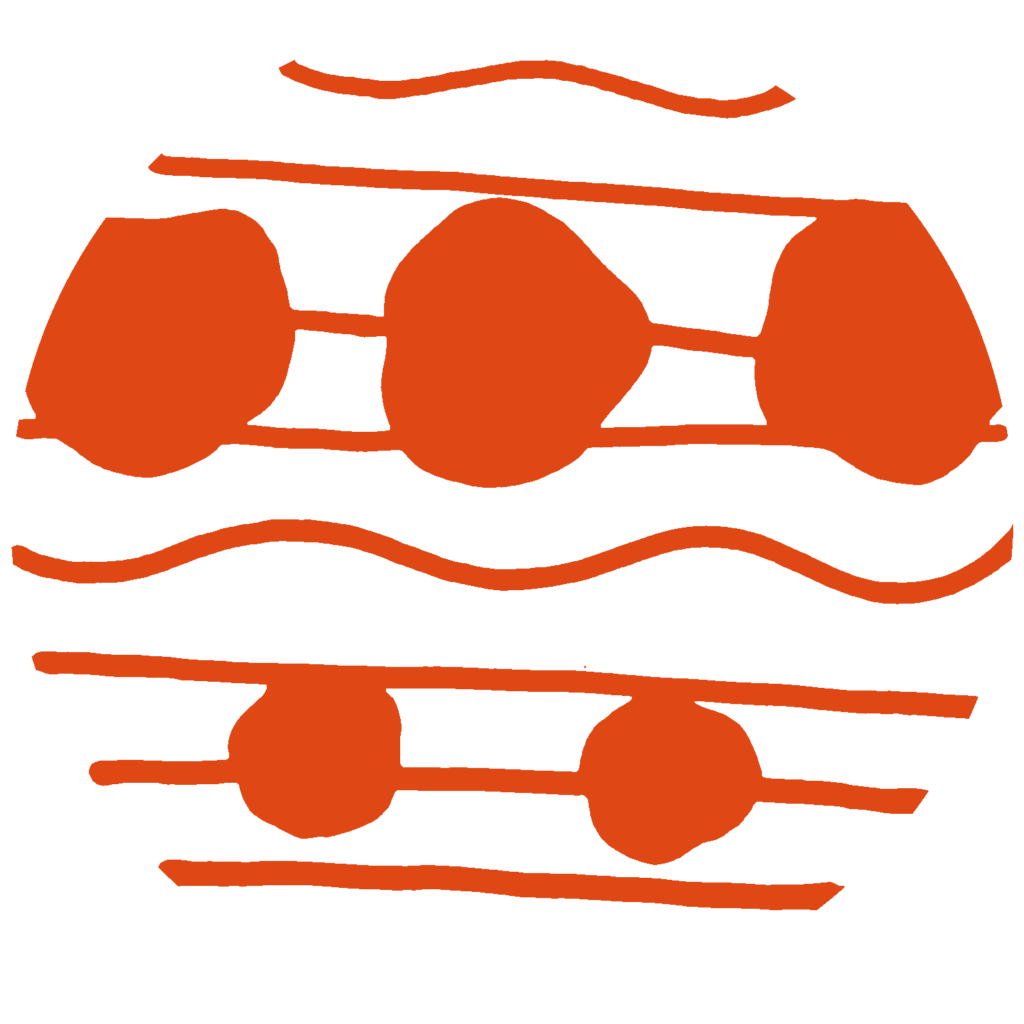 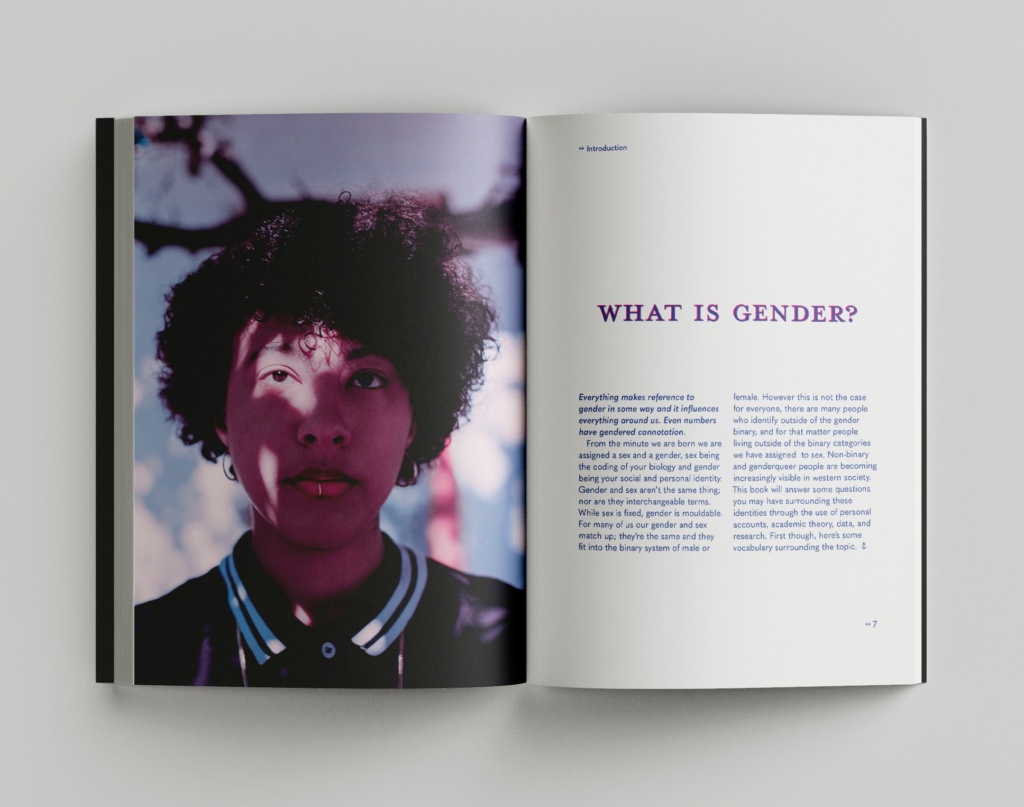 Everything that we interact with has
gendered connotations and as an example,
I decided to explore the relationship
between numbers and gender. 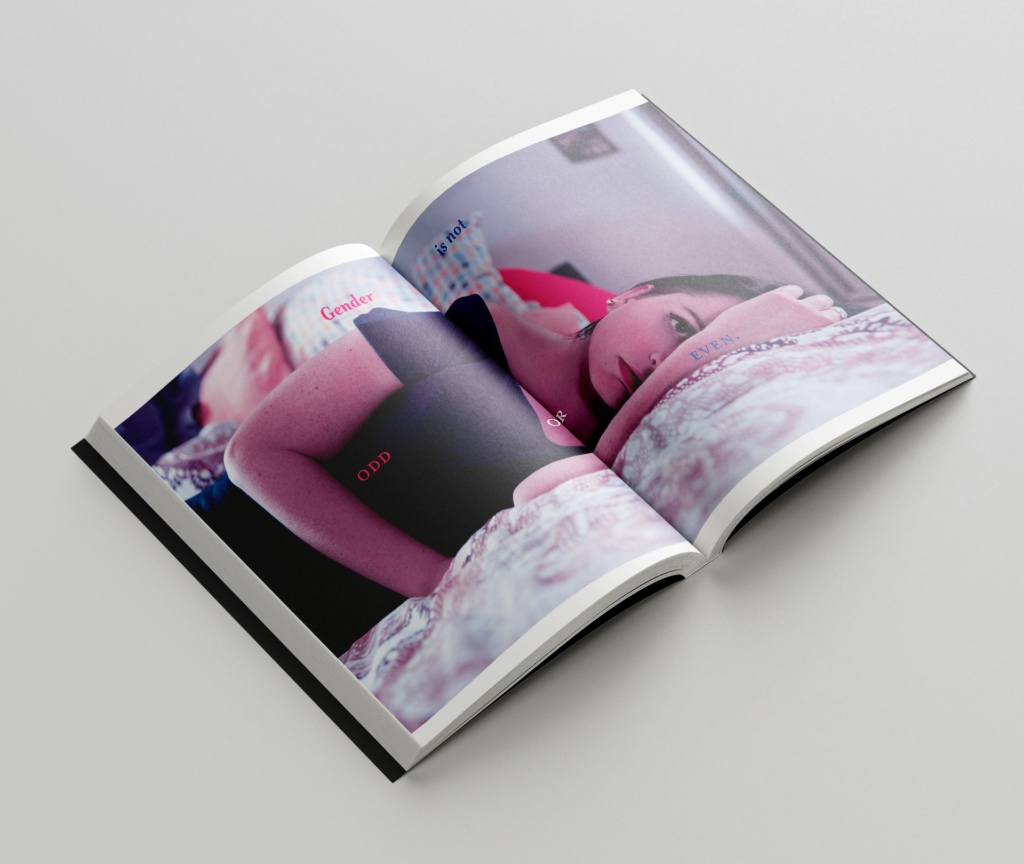 The brief for this project was to create a typographic focused outcome that challenges the way that we think about numbers. My interpretation of this brief was to link numbers with gender. Everything makes reference to gender in some way and its influence is all around us. Even numbers. Gender isn’t just male or female, odd or even. It is both, neither and everything in-between.

Gender fascinates me; how it influences us, how it can be expressed in different ways and the theories surrounding it. Everything that we interact with has gendered connotations and as an example, I decided to explore the relationship between numbers and gender. Numbers are everywhere and are seemingly, at first glance, genderless. I found that is not the case and numbers are a perfect example of ambient gendering. 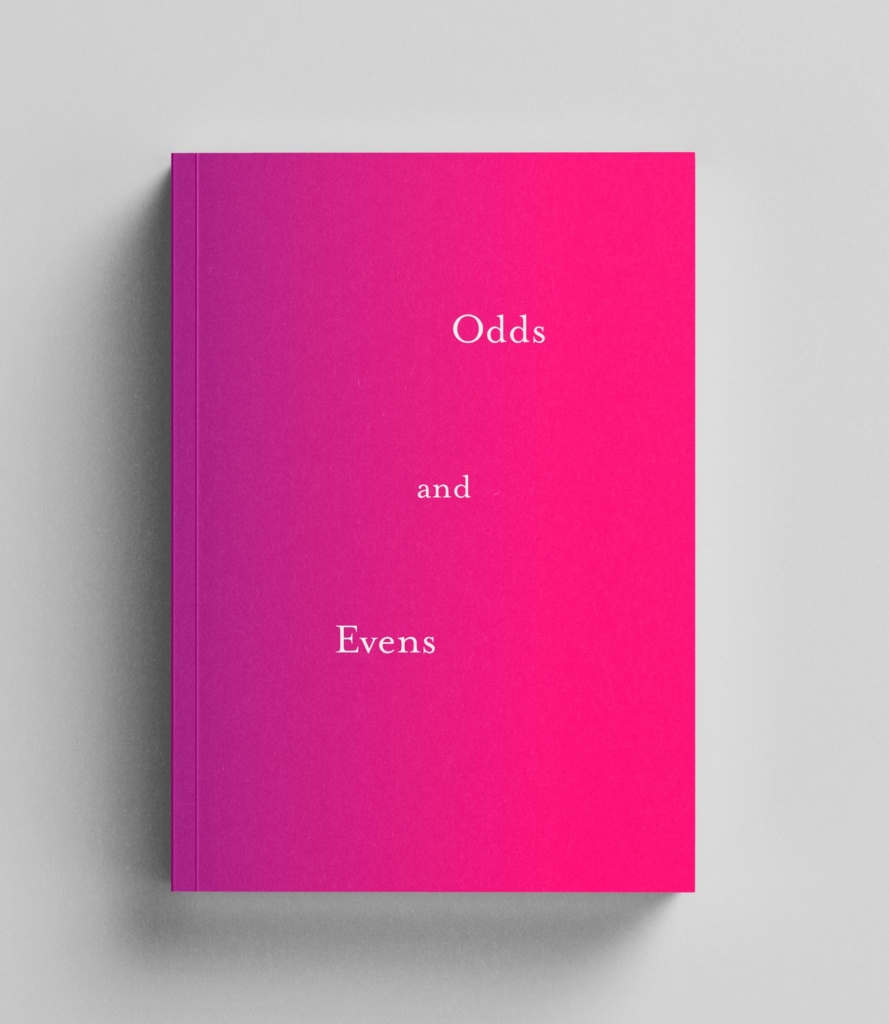 Odds and Evens uses the gendering of numbers to define its typographic system. The odds and evens system is the biggest example of the gender of numbers; odd being male and even being female. My typographic system uses the page numbers to create a sense of a spectrum; since odd numbers are always on the right and even on the left. At the beginning of the book, fluorescent pink and the serif font Mrs Eaves is always on the left, and risograph medium blue and the sans serif font Quasimoda is always on the right. As the book progresses, these ridged systems become undone; colours become more merged and type is no longer bound to align left or right.