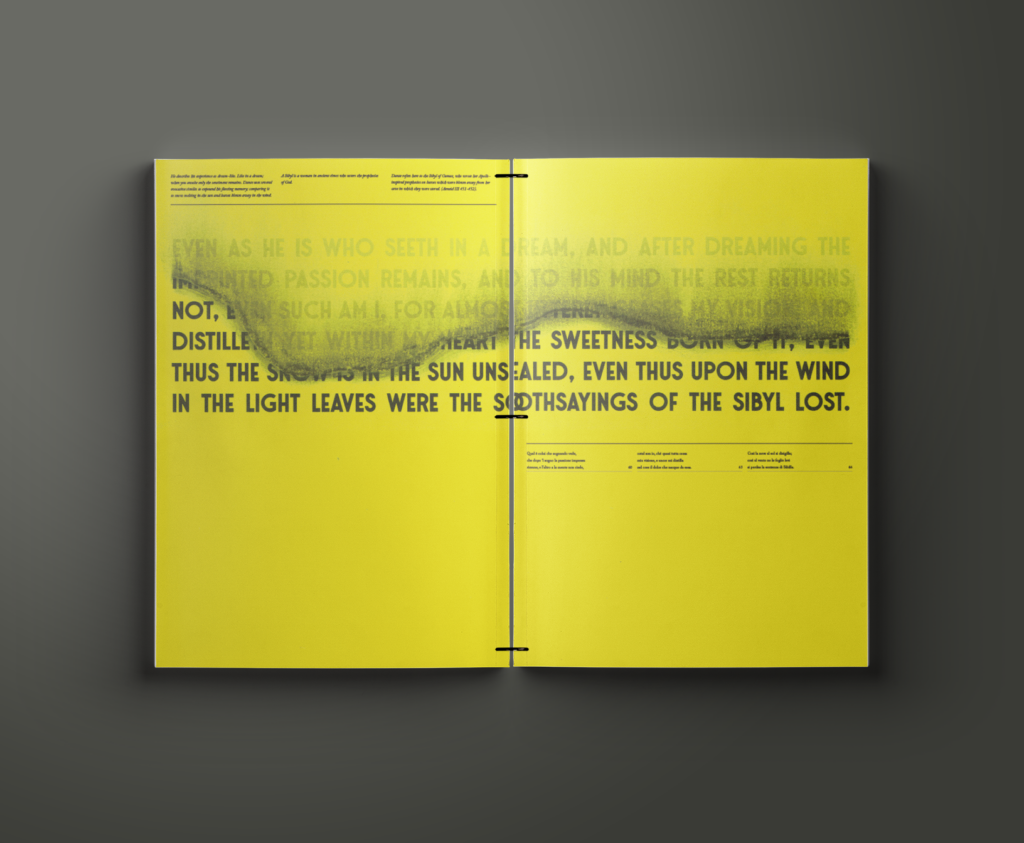 Hello, I am Jonny Williams, a multi-faceted graphic designer from Salisbury. I enjoy exploring the new and different contexts in which graphic design can present itself; always looking to create outcomes that challenge design norms.

Over the course of my studies I have developed a fascination with typographic and editorial design – this emanated from entering the 2020 ISTD competition and creating my own interactive editorial piece for my final major project on Xinjiang’s oppressed Uighur Muslims. The latter has encouraged me to consider the potential power of social design and how we can use our practice to bring about positive change.

My typographical interpretation of Dante Alighieri’s Paradiso – Canto XXXIII, in order to help the chapter reach a new audience, for the 2020 ISTD competition. For many young readers, approaching the Divine Comedy for the first time can be intimidating; with the text navigating complex conceptual themes, using language and translations which have fallen out of use in the common lexicon. My interpretation of the final chapter of the trilogy’s last book, Paradiso, hopes to bridge this divide, attracting readers who have been previously discouraged by the text, and consequently with the Divine Comedy as a series.

In developing my interpretation, one of the key factors in making the text accessible was achieved by organising the rigid, triplet-style writing into a more familiar sentence and paragraph structure. I have also provided annotations to help demystify the poem’s challenging narrative and references to classical literature. I focused upon themes of ascension, light, and the symbolism of the circle to portray the essence of the story. The work is supplemented by augmented reality to bring the chapter and these themes to life while also helping to rationalise the highly conceptual nature of the text to a new audience in a contemporary manner.

I focused upon themes of ascension,
light, and the symbolism of the circle
to portray the essence of the story. 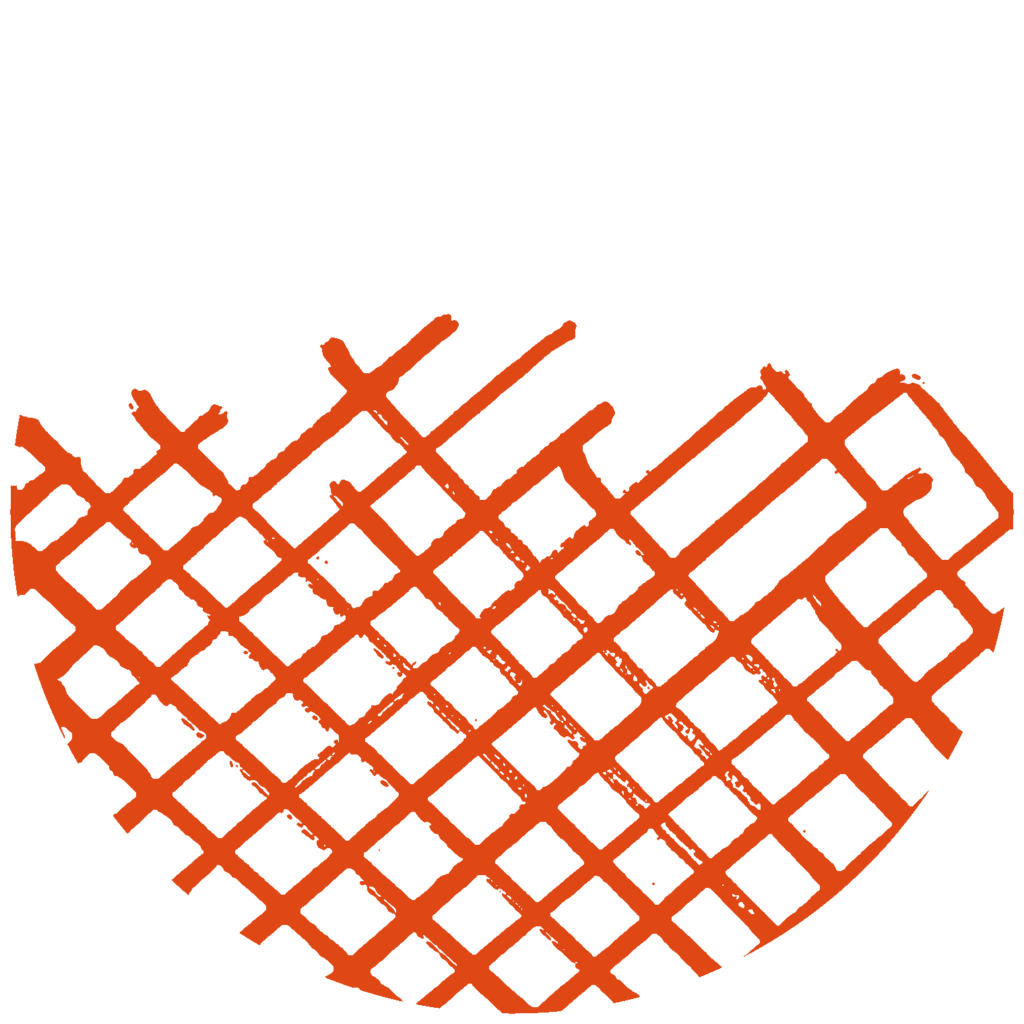 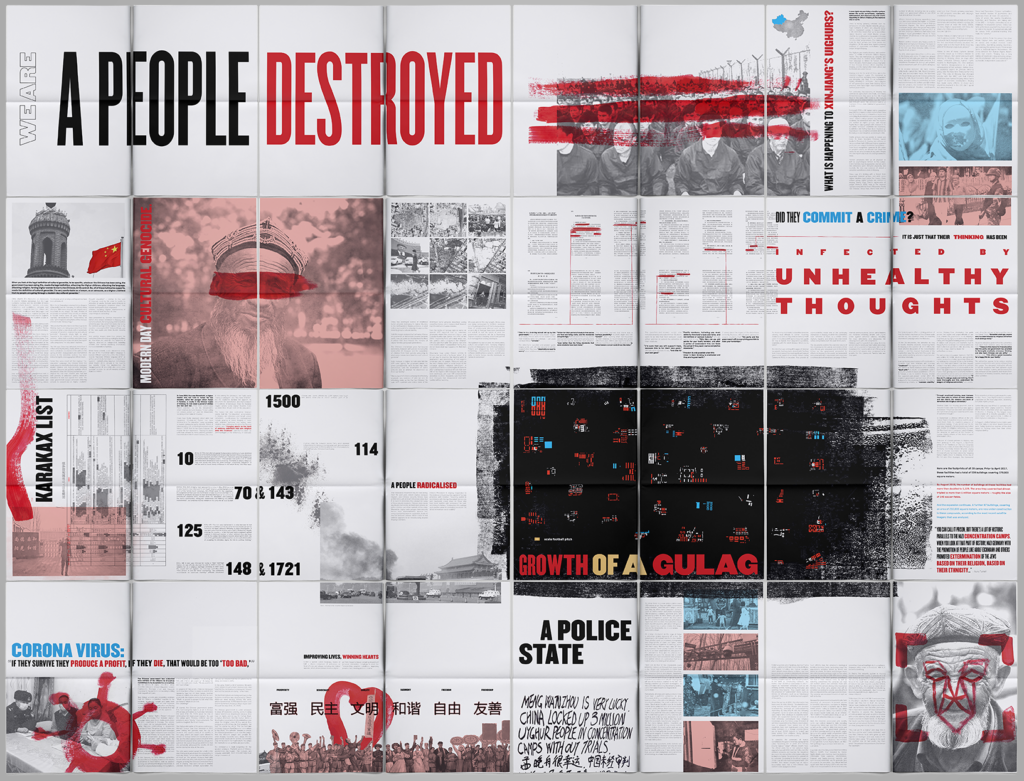 A cultural genocide is occurring in
Xinjiang, under the guise that the
government is fighting religious
extremism. 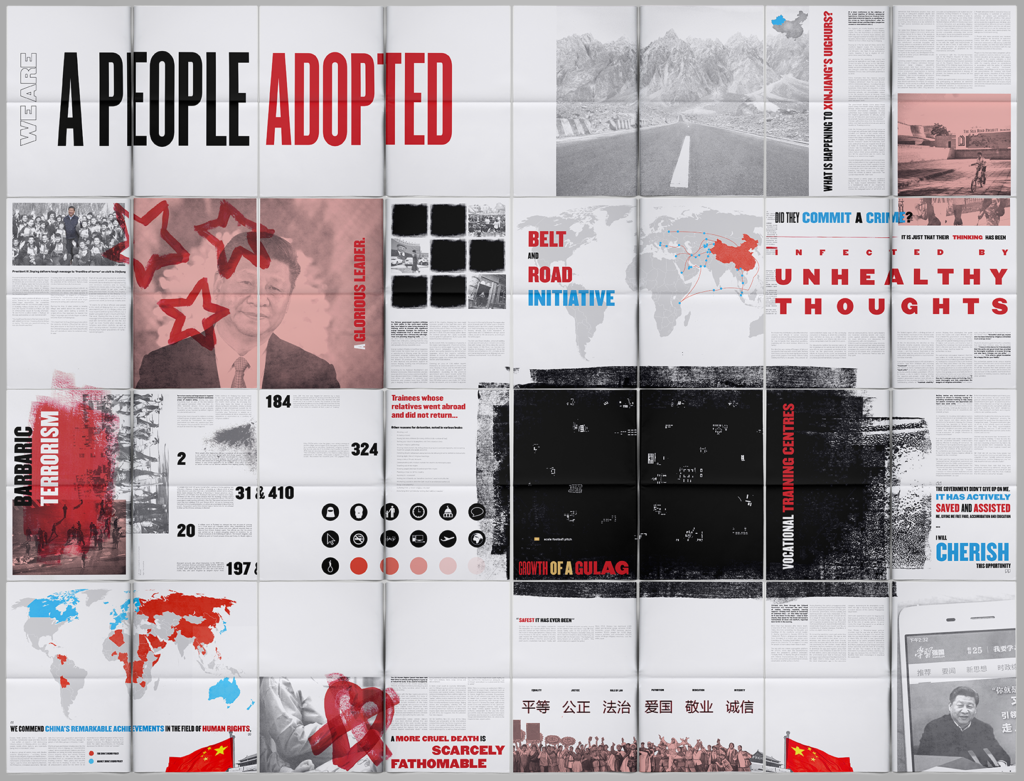 ‘A People Destroyed’ is an interactive exhibit that endeavours to construct a narrative of the ongoing plight of China’s Uighur population underneath a brutal and authoritarian regime, in Xinjiang province.

The Chinese Communist Party is currently perpetrating one of the largest humanitarian crises in the modern world, as millions of ethnically Turkic Uighur Muslims, Kazakhs, and other minority groups face persecution based on their faith and culture. A cultural genocide is occurring in Xinjiang, under the guise that the government is fighting religious extremism. Due to China’s power and huge economic influence, this continues to be a story that has been supressed across the world’s media. The province has rapidly developed into a police state shrouded in secrecy. 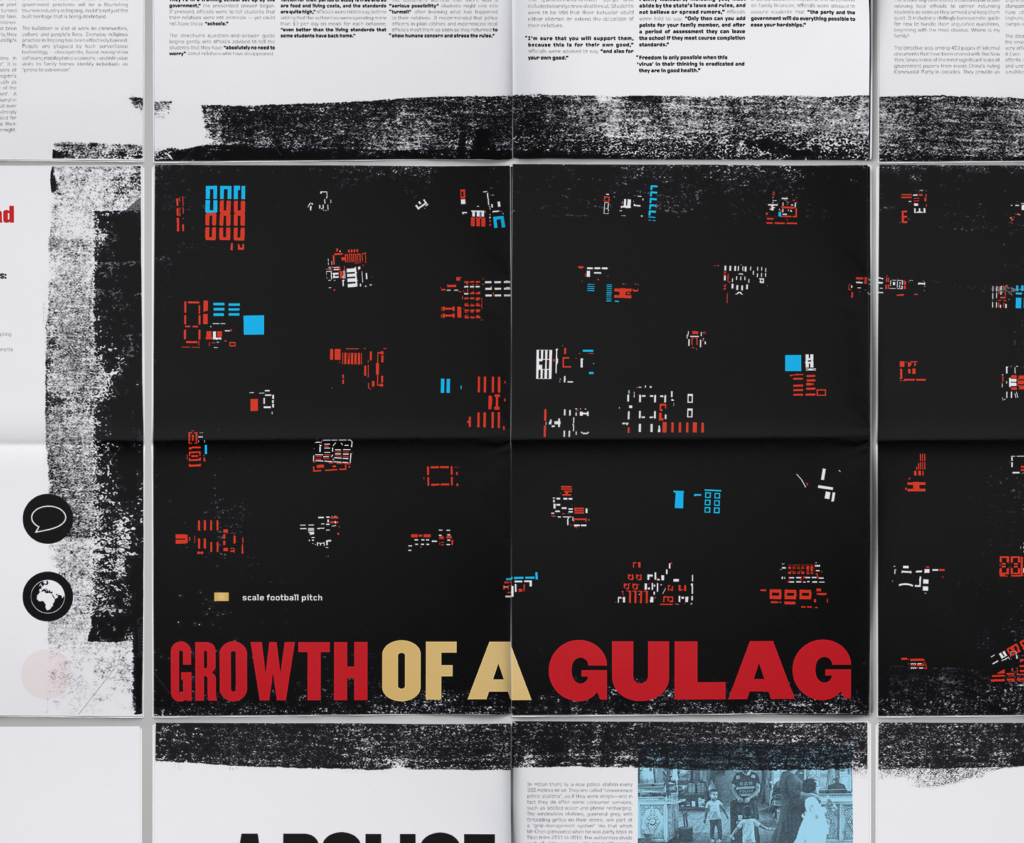 This exhibit intertwines the narrative promoted by China with the far grimmer reality exposed through personal accounts and party leaks. The user must navigate a variety of newspaper-style spreads to discern the truth from President Xi Jinping’s propaganda and the actuality of events to create a ‘bigger picture’ of the crisis. My aim is to tell the concealed story of these oppressed people and to show a physical manifestation of confusing and contradictory media rhetoric and propaganda.