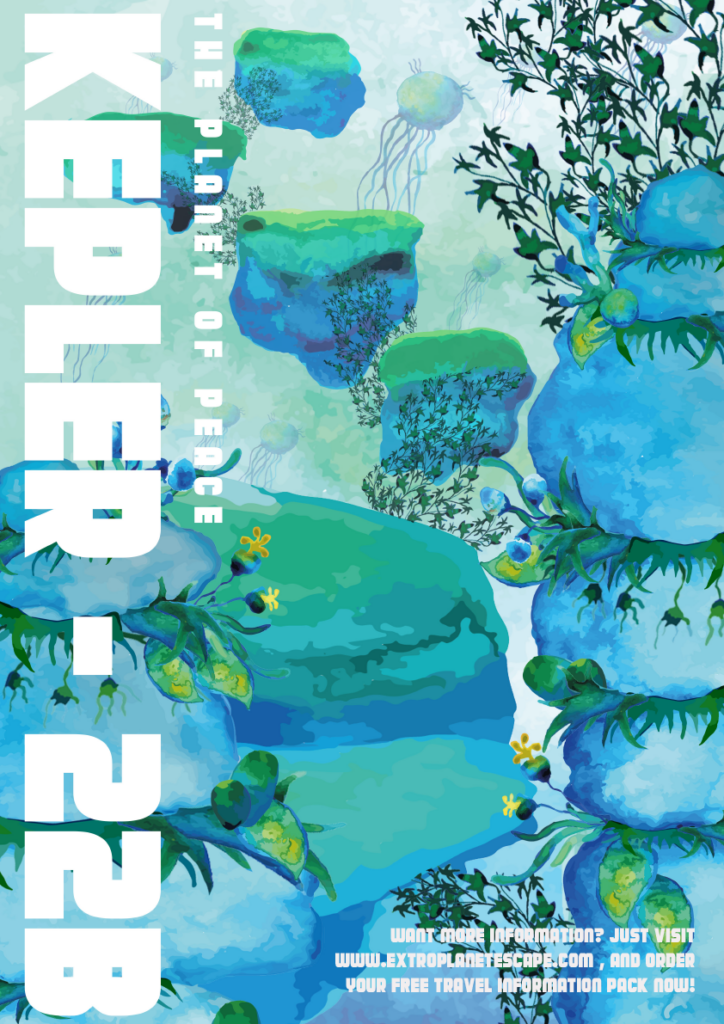 I have always been passionate about design. From generating new ideas and concepts which will help to find new solutions to the problems. I enjoy designing branding, typography and editorial projects, which I have experienced throughout my educational experience. My new personal style is to explore with illustrations, either hand rendered or to draw them digitally on adobe software.

This project explores the possibilities and imagination on three individual planets, based on scientific evidence and theories. Sharing my imagination through hand painted landscapes, which focuses on the environment of what life is like on these planets? The idea was to create three travel tourism packs. Which includes an A3 poster, informational booklet, postcards, and stamps. Creating the idea of being able to escape outside of earth, and travel beyond our solar system possible. Whether it’s to escape illness, being able to relax our minds or explore something you have never seen before. Planets that quite possibly hold the answers to our pandemic and world wide problems. 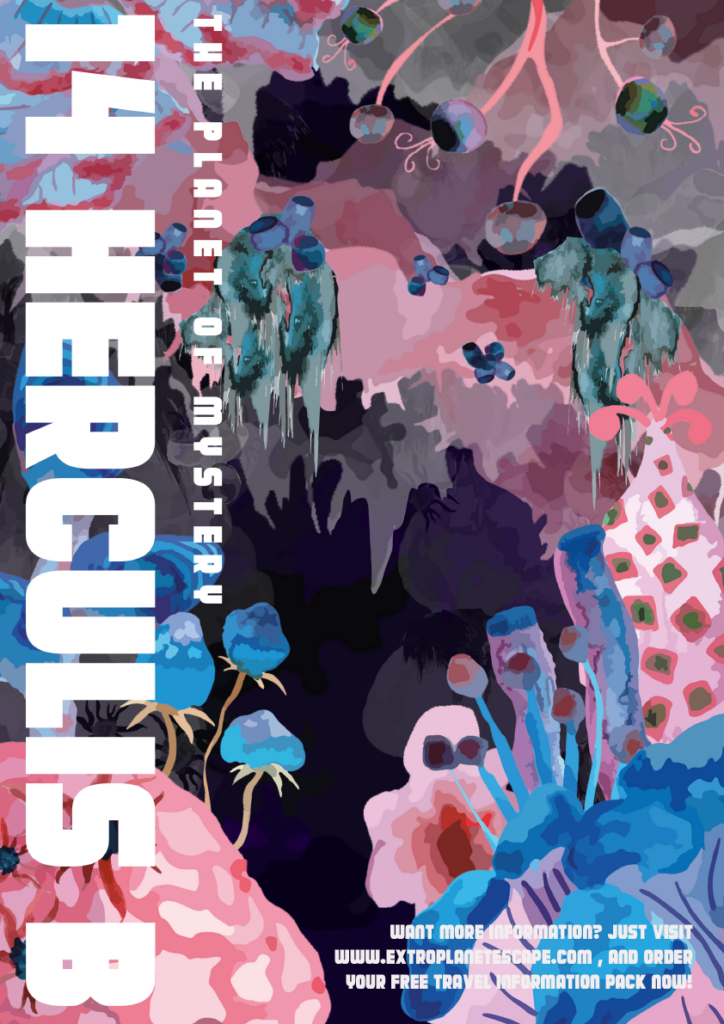 Kepler – 22B
This planet is a super-Earth that could be covered in a superocean, or possibly a rocky world.This planet could also potentially be gaseous.

14 Herculis B
This planet is a Neptune-like exoplanet, believed to be a Gas Giant. A giant planet which is mostly composed of gas.

55 CANCRI E
This planet is a super-Earth that could potentially be a rocky world, much larger than earth. This planet was discovered back in 2004. 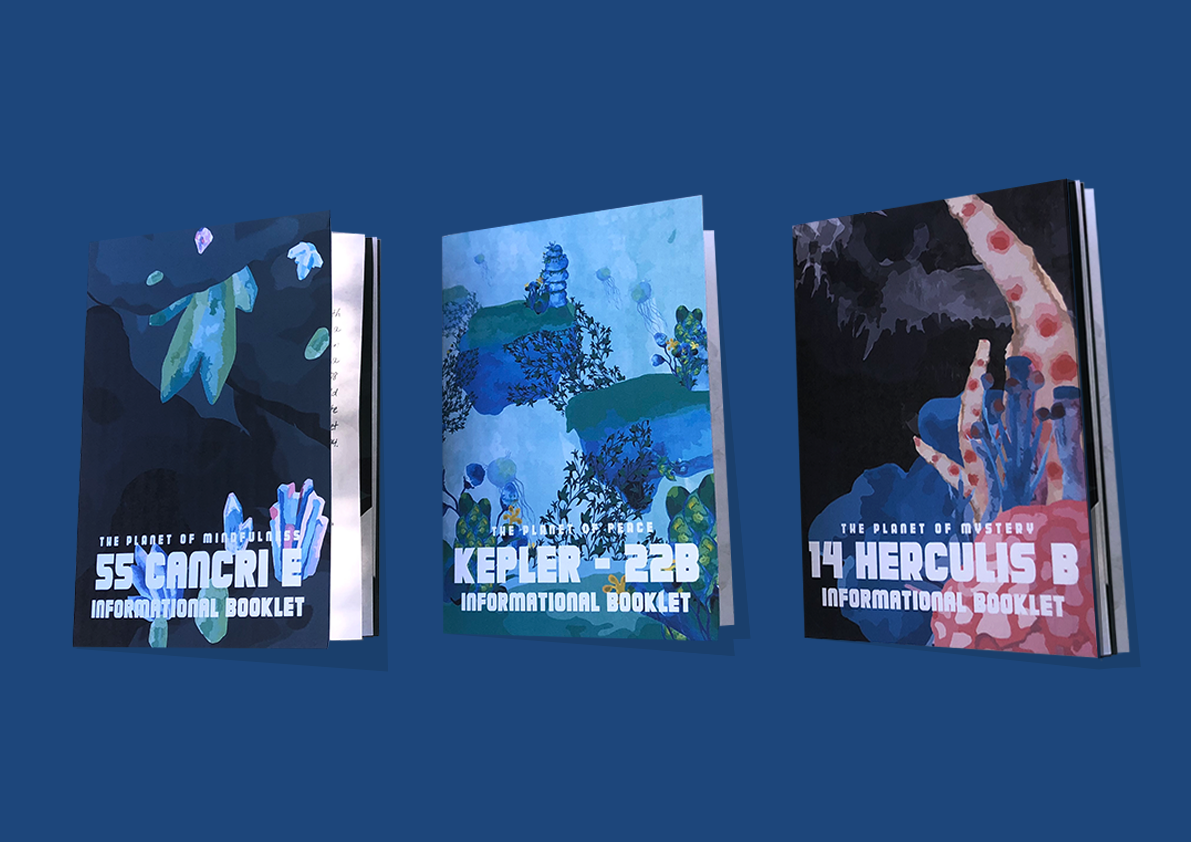 Planets that quite possibly hold the answers
to our pandemic and world wide problems. 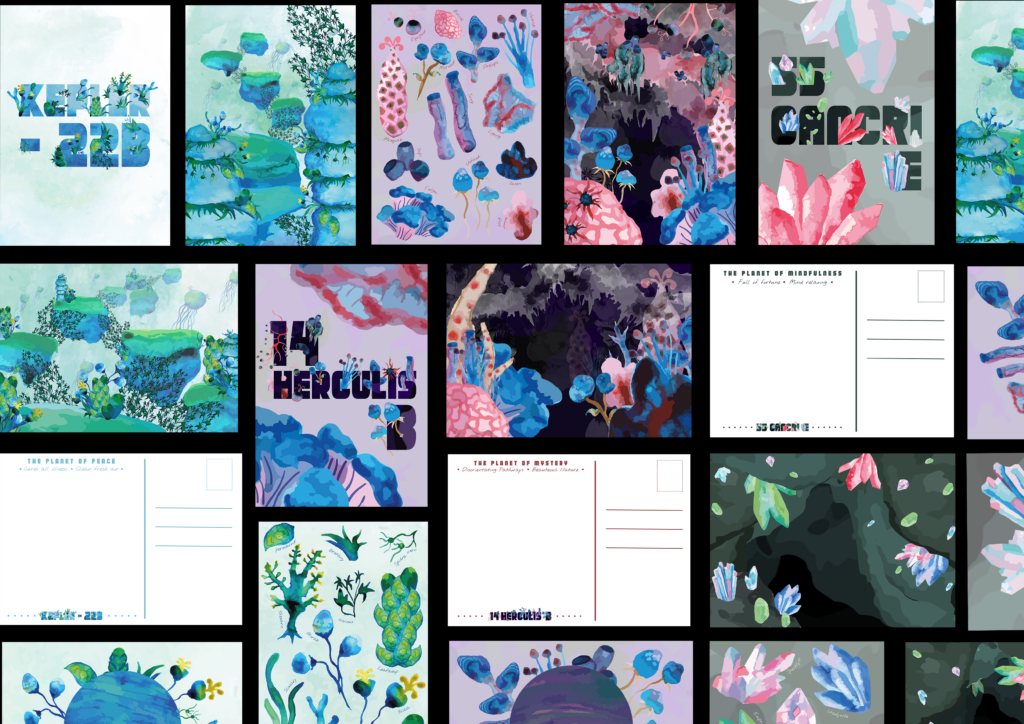 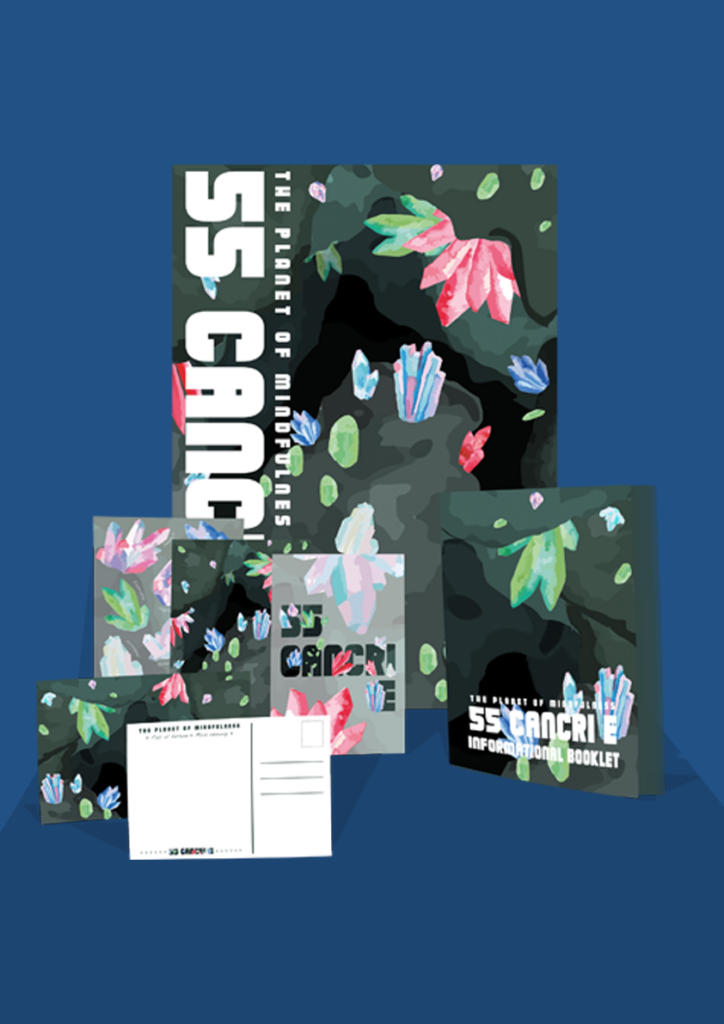 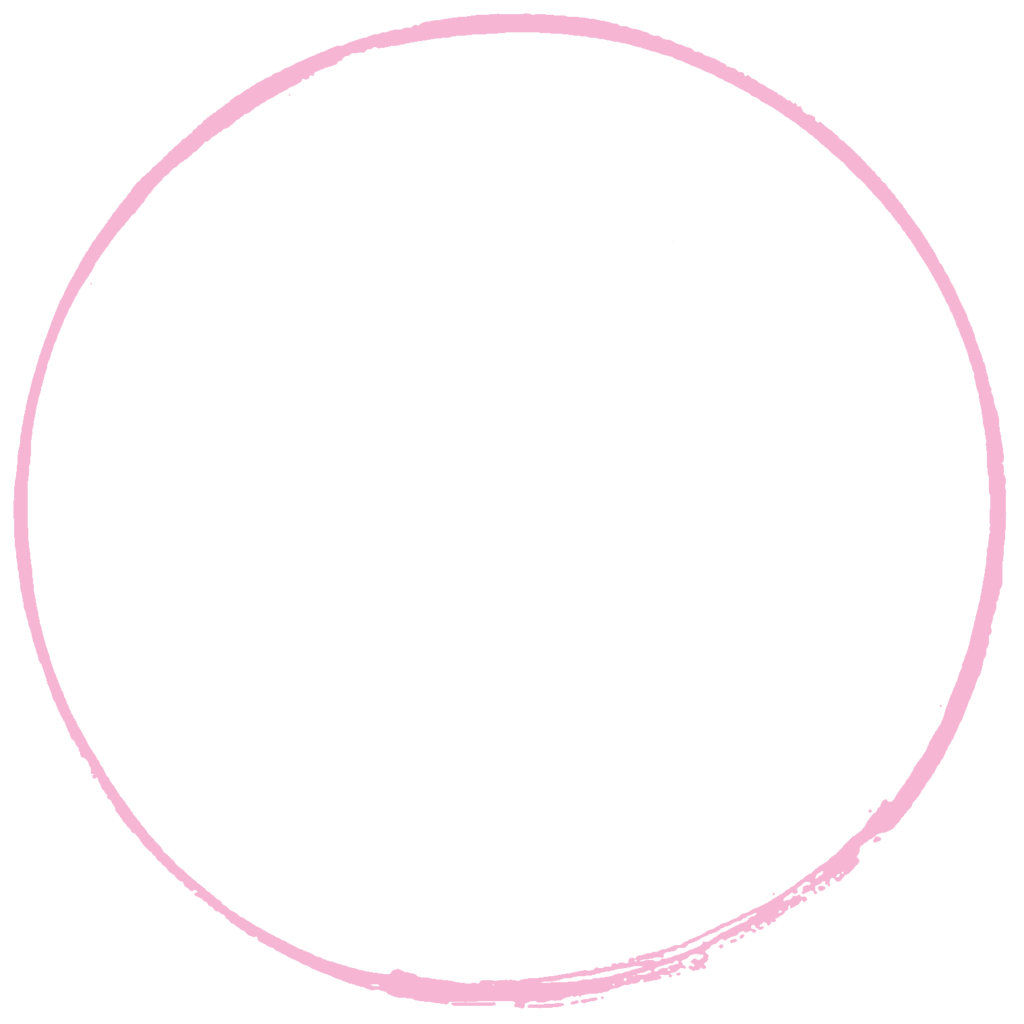 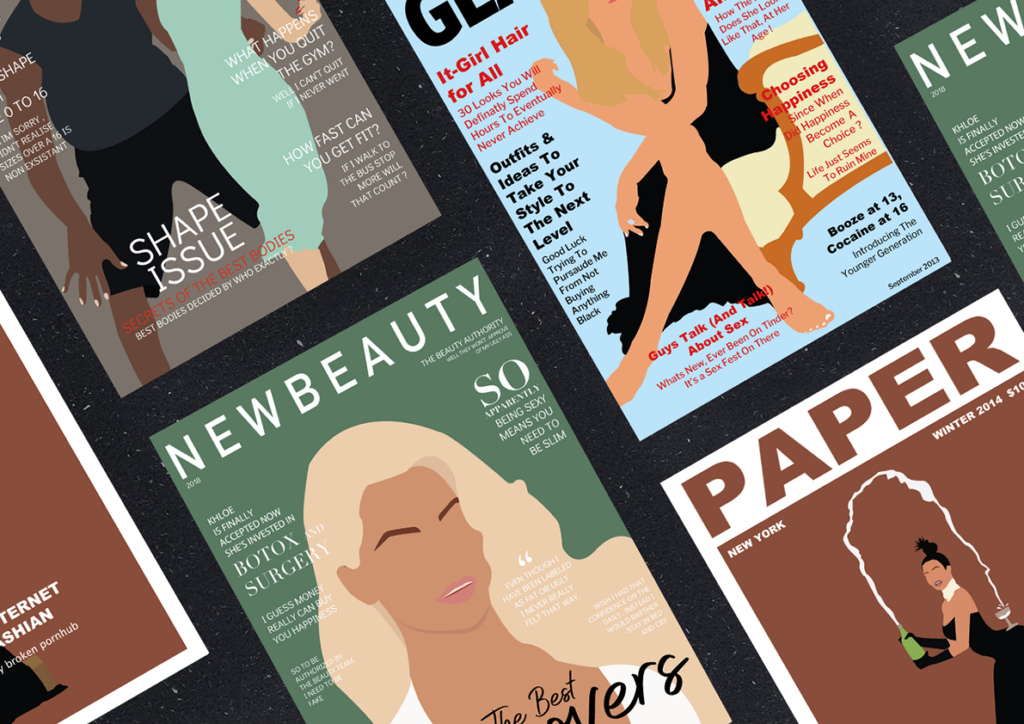 Models on magazine covers tend to be
seen as these ‘perfect’ figures, these false
claims affect the mental health
of thousands of viewers. 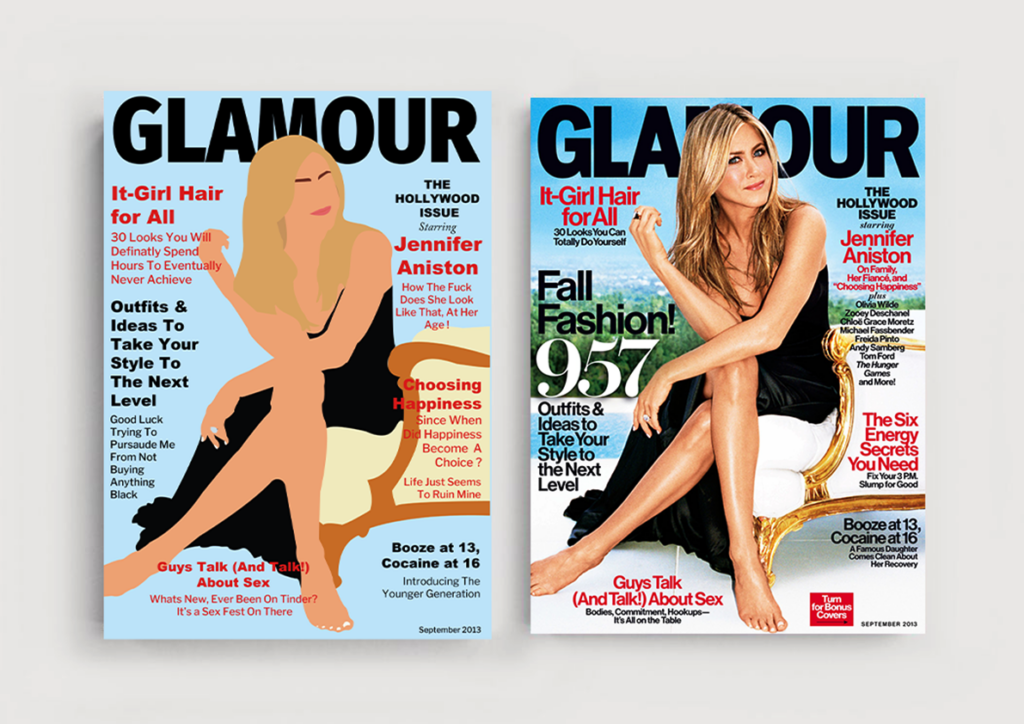 This project explores the negative sides of body image which affects our mental health. The design idea is to re-design and illustrate controversial magazine covers. Replacing the text with sarcastic remarks that society gossips about. Which either play’s with their insecurities or mocks the modals on the cover. 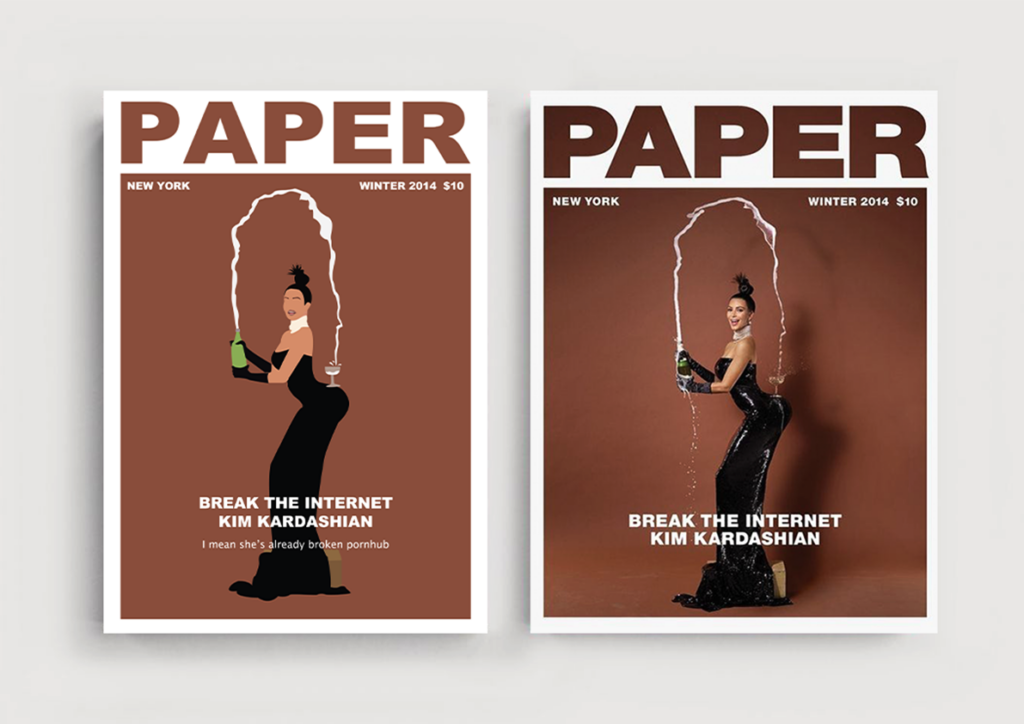 Models on magazine covers tend to be seen as these ‘perfect’ figures. Most of these celebrities and modals are idolised by society. However celebrities make false accusations about their
‘natural bodies or what they use to lose weight. Even how they became successful and famous. These false claims affect the mental health of thousands of viewers. 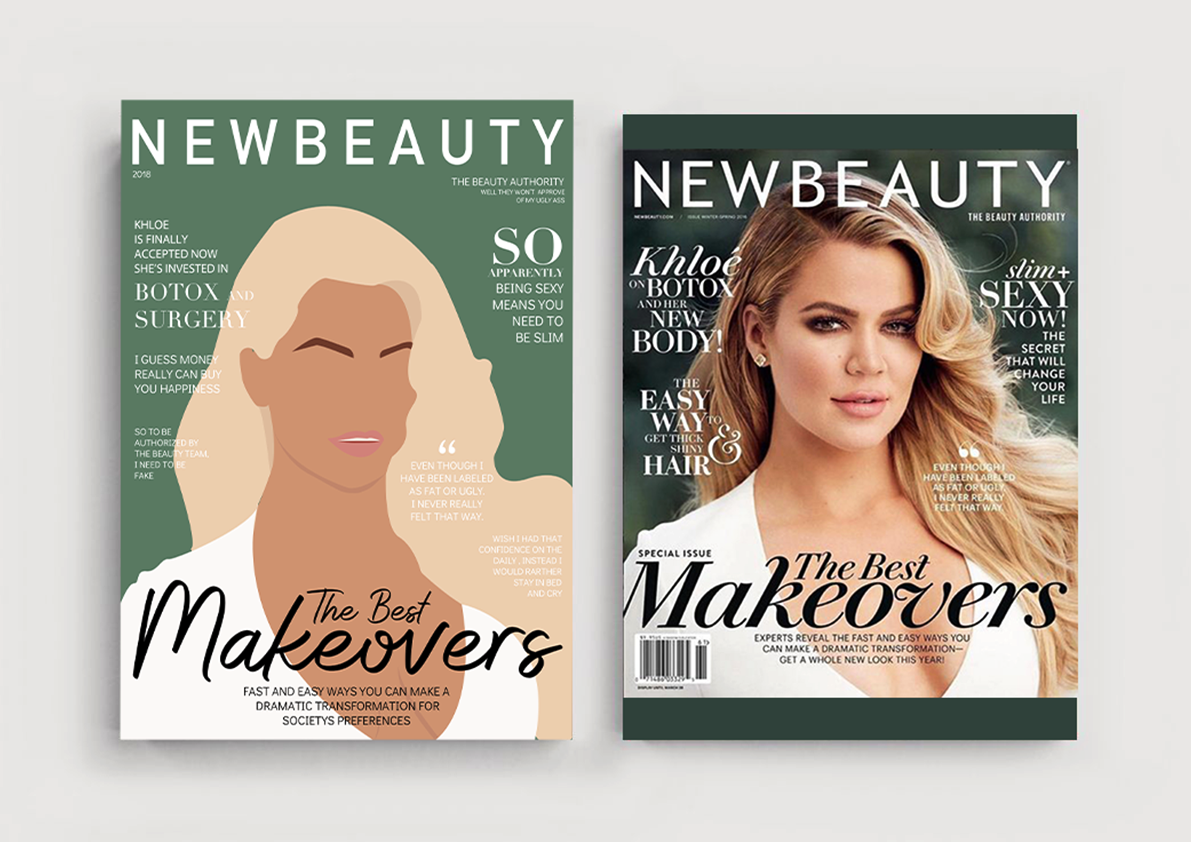